Assassins seek to kill and kill they do. Preferring to operate in the shadows, Assassins are skilled in blindingly fast combat.

For decades, the Assassins Guild have been killing Normans and Muspell demons alike to maintain balance in Midgard and prevent it from becoming a battlefield for the gods.

Those who exist in the darkness and never been exposed to light have always been the object of fear for others. One day, the gods who have seen the adventure recruitment announcement by Lord Tristan III of Rune-Midgarts decided that it would be an opportunity, and in the meantime they drew out a representative to liquidate their history in the dark. Those who used the secret sleep and poison substances needed for assassination and used upon the target without a trace would have been the object of fear. Many of them refuse to open their minds even when their guilds are not well known, and when they see them, they do not want it. But once they are friends, their essence of faith will cause many to not hesitate to befriend a trustworthy assassin.[1]

Only Normans can become Assassins.

Assassins can equip gear designated as:

Assassins are the only job class that can dual-wield (equip a weapon in each hand) in RO. They can utilize the following weapons: 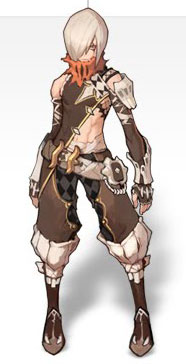 Assassins can move on to become Guillotine Crosses or transcend to Assassin Crosses.

Assassins can be further customized through the Master Level System.