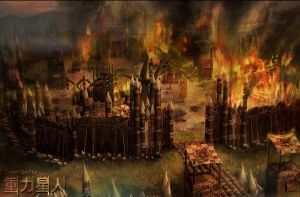 Battlegrounds is a place for the best of the best to compete against each other in a more structured setting than War of Emperium. Unlike WoE, groups of adventurers can form teams with each other regardless of guild affiliations.

To enter Battlegrounds, one must merely speak to a Maroll Battle Recruiter in one of these cities:

1. The matches have various player number requirements; enough players must be assembled before matches can begin.

2. After signing up with the specific NPC, players are moved to a special waiting area until the match begins.

3. Participation in Battlegrounds is rewarded with various emblems or points, with the number gained depending on if you win or lose. These emblems or points can be exchanged for various rewards.

4. There are limits in place to participation in Battlegrounds. Once you sign up for a battleground, there is a 5 minute delay before you can sign up for another match.

The two teams are based on that of two characters: Prince Croix and General Guillaume, who are battling for control of the Maroll Kingdom.

Each team must have the required amount of players, or the battle will not begin.

Caution: As there are two Flavius and two Tierra Valley arenas, it is important to make sure that the participating teams are in the same instance's opposing chatrooms when attempting to participate, or the battle will not start. In the case of KVM, the participants need to make sure that they are within the same level range, as the recruiter NPC automatically transports a player to an appropriate lobby depending on their Base Level.

Players can talk to their own team during a Battlegrounds match via a special command. Type in the following into your chat box to activate it:

All text typed in battlechat will appear purple and you will only be able to talk to your team when in battle chat. Unfortunately, party, guild, and open chat will not work until battle chat is deactivated.

After finishing a Battlegrounds scenario, players will be returned to where they entered from. If the place isn't a Town, Field, or Regular dungeon, they'll be returned to their save point instead.

Tierra Valley is a single-round domination scenario. Players must be level 80 or higher in order to sign up with the specific recruiter NPC for Tierra Valley. When a player dies in a Tierra match, there is a delay before that player can re-enter the match.

On iRO, this scenario is known as Tierra Gorge.

Flavius is a domination scenario in which the victor must get best 2 out of 3 rounds to win. Players must be level 80 or higher in order to sign up with the specific recruiter NPC for Flavius. When a player dies in a Flavius match, there is a delay before that player can re-enter the match.

Krieger von Midgard (KVM) is a single-round deathmatch scenario. There are 3 level divisions: 80+, 60-80, and below 60. If a player dies in KVM match, they have to wait until the match is over.

The equipment may have either the prefix Valor or Bravery depending on which medals are used to obtain them. Not all equipment can be obtained by both Valor Badges and Bravery Badges. Different badges cannot be mixed to pay for one item; you must pay the full badge price with one type of badge only. (The NPC will ask which type of badge you wish to exchange.)