Please take a moment to fill out this survey on your gaming habits!

Demons are a race of monstrous entities that seem to hail from both Muspelheim and Vanaheim. They rely on dark magic to cast powerful spells to destroy their foes. They are characterized by cold and heartless personalities, showing no remorse for tormenting and killing others.

They apparently have the ability to reproduce with normans in their norman forms as one Demon was reported to have sired a norman daughter. 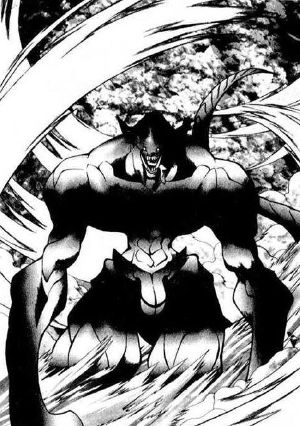 Demons seem to have made their way to Midgard along with Surt when he first invaded the realm hundreds of years ago. When Surt was driven back, some Demons took on the form of normans to hide amongst the populace to await the return of their jotunn lord.

During the Day of Despair, Demons made mass appearances and casted demonic spells in battle. Elves ended up absorbing the spells and later mutated into Noels.

The most prominent feature of Demons is horns on the head. Aside from that, Demons can come in a variety of shapes and sizes so they don't have a general form they adhere to.

Since Demons rely on their physical prowess and dark magics, they have no need for the nuances of job classes.