From Ragnarok Wiki
(Redirected from Doctor)
Jump to: navigation, search

Alchemists are masters of the art of Alchemy, the science of turning one substance into another. They also have the ability to create homunculi to train and use in battle.

The Alchemist is active in a wide range of fields, from ancient biotechnology to combinatorics. To complete his biotechnology research and create the homunculus, the Alchemist was invited to see the recruitment announcement by Tristan III, Lord of Rune-Midgarts. The potions produced by them are far superior to the potions in the stores, and the biotechnology, which has been completed to a certain level, has reached a point where you can summon certain monsters to help you. Today, we are collecting and researching materials from the venture crews to create a homunculus that is the culmination of biotechnology.[1]

Normans and Noels can both become Alchemists.

Alchemists can equip gear designated as:

Alchemists can utlize the following weapons: 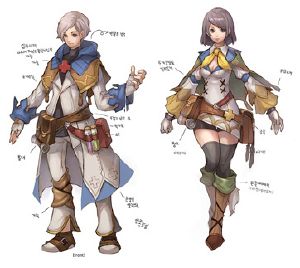 Although the Alchemist is not a battle job in RO2, they do have access to special skills through their guardian, Hohenheim.

Alchemists can go on to become a Geneticist or transcend to a Creator.

In RO2, Alchemists (initially known as Doctors) are not Battle Jobs but Life Jobs. As a profession, all players can become Alchemists regardless of job class.

In RO2, Alchemists can harvest from the following material sources:

In RO2, Alchemists can craft the following kind of items: