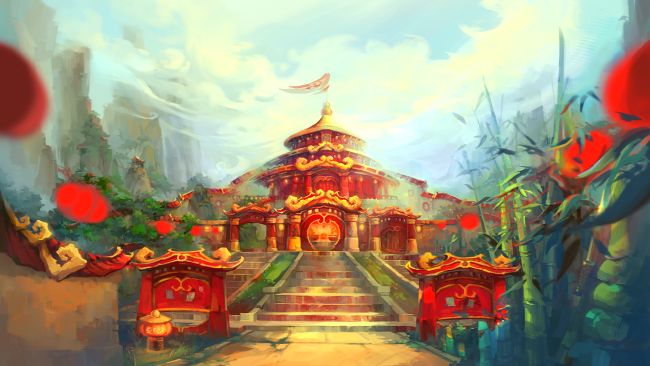 Grandmaster Je Hoon's Training Site is a new Group PvP update for Ragnarok Online II. You will have to make a party, and then hunt monsters or defend from attacks in the Training Site. The goal is to destroy the opposing group's Statues before they destroy yours.

Je Hoon, the head of Chung Lim Sa, has helped many heroes realize their true potential, including Monks. Since the world was thrust into chaos by the evil Freyjanity, Grandmaster Je Hoon has opened a huge training temple for meditation known as Grandmaster Je Hoon's Training Site.

In order to enter the site, you must be in a full group of players. 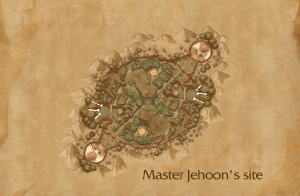 Each group has 7 Statues. The goal is to destroy the other group's statues before they destroy yours.

The Statues come in three sizes: Small, Medium, and Large. You must destroy them in order to progress. This means Small -> Medium -> Large.

If the training ends without either group destroying the last Statue of the opposing group, the winner will be the group that has earned the most Blood Points.

If your group is finding it difficult to destroy an opponent's Statue, there are monsters that you can hunt. Killing these monsters provides your group with "Chakra", which can be turned into vendors in your starting area for Secrets, Scripts, or Vision Scripts. There are several to choose from, some costing more Chakra than others.

Only one Secret, Script, and Vision Script can be active on a player at a time.

If your team is still having trouble holding back the other team from your statues, there are four unique Statues placed on the outskirts of the map. If your team destroys one of these statues, it will hinder the other team for a shorter period of time by applying a stun, polymorph, silence or other status effect.

When you are killed in the Training Site, you will spawn back at your group's starting point after a certain amount of time.

Players who die in the Training Site will not lose Blood Points.[1]