The Heart of Ymir is the very foundation of the world of Midgard itself. 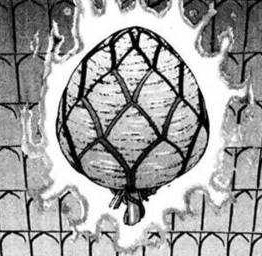 The Heart of Ymir whole.

Hundreds of years ago, Odin slew Ymir and used fragments of the giant's heart to create Midgard.[1] The fragments maintain Midgard's integrity and feed its growth. Each fragment is mostly hidden.

According to General Spiegel, a fragment of the heart has the ability to grow into a whole heart. This means that every fragment that has been scattered throughout the world has the potential to become a full heart. In addition, once a year a beam of light emits from the heart and links all the other shards (or hearts).[2]

Research into the properties of the heart intensified with the establishment of the Rekenber Corporation. The company's construction of the Regenschirm Laboratory in Lighthalzen was mainly centered around using the heart to learn how to utilize the power of the gods. This led to the capture and experimentation of several adventurers who end up dying in the process. 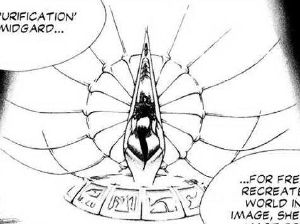 A fragment of the Heart of Ymir.

A clever Sage by the name of Varmundt managed to successfully create an imitation of the heart. Known as Rune Stones, these heart imitations were nearly perfect until Varmundt suddenly disappeared without a trace. Because the technology was not perfected, all current Rune Stones are unstable and their power doesn't last very long. These heart imitations reside in Sessrumnir's Holy Ground and the Einbroch Laboratory.[3][4] 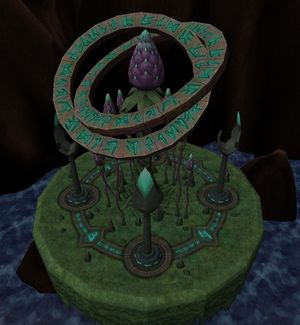 The Heart of Ymir that resides below Prontera as seen in RO.

Himmelmez invaded Prontera with her army of undead in order to claim the Heart of Ymir that sits beneath the Prontera Palace. Her adjutant Bijou faces off against Iris and Fenris and manages to defeat them. However, before she could finish them off, Sarah Irine arrives to kill her and take the Heart of Ymir for herself.[5] Without the heart, the Ritual of Blessing could not be done and interruption to the traditional coronation ceremony would lead the Rune-Midgarts kingdom into disarray. Luckily Varmundt offered the solution to replace the Heart of Ymir with a Rune Stone, which would react with the Star of Blessing on the Terra Gloria crown and allow the coronation tradition to continue.[6]

300 years after the beginning of Neu Era, members of Freyjanity kidnapped children from Rune-Midgarts in order to perform experiments with the heart on them, similarly to that of Rekenber. Whereas Rekenber experimented on teenagers (1st Class jobs) and adults (2nd Class jobs), the Freyjanity aimed for children since Rekenber's test subjects all died. Freyjanity's experimentations with the heart caused the children they captured to mutate and turn into monsters. Although Vilfrid Barclay and the Prontera Order of the Knights were able to save a good number of children from the Freyjanity's laboratory, it remains to be seen what effect the heart has on the rescued children that did not mutate.[7]