Mildwin is the farmer who provides food for the Elemento Academy's cadets. He requests the aid of the cadets to help with pest control of the nearby population of Lunatics.

Mildwin has been a farmer who has been living on Mt. Mjolnir for most of his life.[1] After the Freyjanity incident at the Elemento Academy, Mildwin finally had enough of his farming occupation and decides to leave. He is eventually seen trying to leave the school grounds, but was halted by a group of Fabres.[2][3] 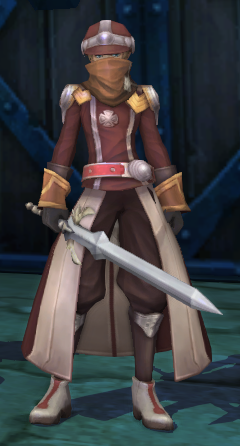 Mildwin initially joins up with the Freyjanity after leaving Elemento Academy in hopes of attaining a better life. But he quickly realizes what a mistake it was as he was turned into a test subject for a hidden laboratory in Maple Forest. He writes a letter to his father Mildros before becoming "renovated" by the Freyjan researchers.[4] He was eventually put out of his misery by an adventurer.[5] His father Mildros never learns what became of his son.[6]