Minstrels sing songs beyond the level of simple songs because of the magic in the chorus giving a magical effect. Minstrels have the ability to perform songs or chorus immediately, unlike Bard/Dancers or Clown/Gypsies that have been played so far. You either had to stop and wait for another performer or do nothing at all. Also, if you learn the skill "Lesson", you can use songs and chorus while playing, giving the ability to play two different effects at the same time. In addition, the chorus skills has enabled the more powerful Wanderers/Minstrels to be more powerful if they belong to the same party. The various effects of numerous songs and choruses will be more effective in hunting as well as in siege and masterpieces.[1]

NOTE: On iRO, the Minstrel is localized as Maestro due to having already localized Clowns as Minstrels.

Many tales about how Minstrels came about have surfaced over the years, but none have ever really been confirmed as the truth. The most popularly accepted story goes like this:

Once upon a time, a particular Bard composed many songs during his travels. His charming songs touched the hearts of almost everyone in the world and were widely known as the Minstrel Songs.

These Minstrel Songs also moved many other Bards and they grew popular amongst them. People called the Bards that sung his songs Minstrels. These Minstrels travelled the world and dedicated their voices to performing these Minstrel Songs. Their listeners loved their songs and were swayed by their mystique, especially since the original composer of the songs remains a mystery.

Someone calling himself "Minstrel Song" has recently appeared to teach his songs to Bards and Clowns. Perhaps there may be a little bit of credibility to this charming legend.[2]

Only Normans are inclined to become Minstrels. 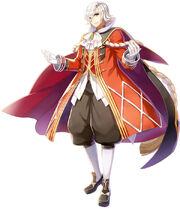 Minstrels can equip gear designated as:

Minstrels can utlize the following weapons:

Minstrels are of the highest job tier and cannot advance any farther.