From Ragnarok Wiki
(Redirected from PvP)
Jump to: navigation, search 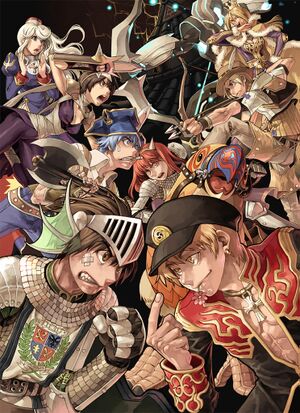 Player Versus Player, or PVP, is a combat mode that allows players to fight and kill other players, as opposed to PVM. Many different MMORPGs offer PVP in some way or form within their games. In the Ragnarok Online video game series, PVP can be activated on a whole server or limited to certain areas within the games' world. 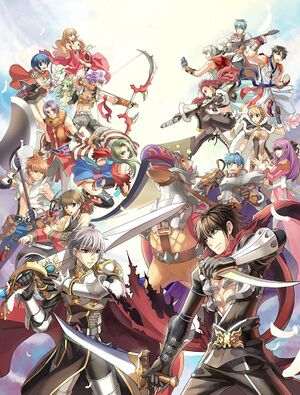 Some Ragnarok Online publishers offer PVP servers, in which PVP mode is applied throughout every single map in the game. This allows players on this kind of server to attack and kill one another outside of PVP instances. The Slayer System is a special feature that was implemented to help curb foul play and is only enabled on PVP servers. (PVM/PVE servers have the Slayer System disabled.)

Many cities have inns that allow entry into a PvP instance. Speaking to the Gate Entrance NPC brings up three options:

After deciding which mode to use, there is a 500 Zeny fee to enter the Waiting Room in addition to the Level 31 requirement.

Note: In the only current working mode, Yoyo Mode, there is just one NPC towards the northeast that is the gateway to different maps where PvP is enabled and characters of all levels above 31 can enter. The level-specific rooms and corresponding NPCs were removed.

Select a map from this NPC to be automatically teleported to said map and spawn at a random point in that map. The available PvP instance maps are:

Upon selecting a map, the player has 5 seconds of invulnerability upon spawning unless they move their character before this time ends. Then, they can immediately partake in PvP.

There are a few things that should be noted on PvP maps. The lower right of the screen now displays the player's rank in that map (i.e. 6/9: where 6 is the current rank in that map and 9 indicates the current number of people on that map). The goal is to kill numerous amounts of players while staying alive.

The scoring system works as such: upon entering a PvP map, the player is given 5 points. There is +1 point for every kill made on that map, and -5 points for every death of the player. If the points go lower than 0, the player will be booted out of the PvP map immediately without the chance to be resurrected by a friend.

People within the top 10 rank of a map will have a graphic under their characters' feet. This graphics turn to a white colour the closer they become to rank 1. When rank 1 is achieved, then message 'TIME ATTACK!!' will appear on only the screen of the person who achieved the rank, and the game will begin to record the amount of time said player stays at rank 1 (also displayed for that player, but only for that session). This data is then saved, to be posted on the official site. (Currently, iRO does not make use of this feature of the PvP instance.)

All skills and items work in PvP instances except the usage of Fly Wings and Teleport. For example, the Teleport feature of Intimidate is disabled (which also applies to Wander Man-carded Garments).

To exit a PvP map, the player must relog, use a Butterfly Wing, be killed and respawn, or make use of another player's Warp Portal skill. There is no gate leading outside of the map. 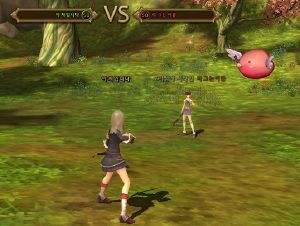 In Ragnarok Online II, players have access to a duel system in which a player can ask another player if he/she wishes to duel. When the request is accepted by both players, PVP mode is activated on the two players and they can immediately begin to fight wherever they are. 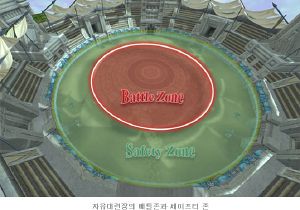 The PVP Arena layout in RO2.

Players can utilize a special arena where they can have a free-for-all battle either for practice or just for fun. The red area indicates the actual combat zone while the green area is the safe zone where players can rest and not worry about getting attacked.

Currently, there is only one PVP Arena, which is located in Prontera.