Raiyan Moore was a normal everyday guy who worshipped Freyja and wished to spread her message to the people of Rune-Midgarts. Somehow he eventually develops a split personality in which his alternate consciousness is obsessed with freeing and serving the Jotunn Surt.

On iRO, this character is localized as Rayan Moore and Rayane Moore.

After becoming obsessed with the idea of freeing Surt, Raiyan went about collecting followers who all formed the Dandelion Organization. Unfortunately for him, some people found him out and tried to apprehend him in the Juno library. He manages to escape, but was forced to leave his research materials behind. He then approaches the Assassins Guild for help by requesting a bodyguard for himself. This way, he would also be able to distract the guild from his resurrection plans as he was sure they'd be able to stop his efforts.

Upon being assigned the Assassin Cross Rin and an adventurer as his bodyguards, Raiyan introduces himself under the pseudonym "Mr. R" to protect his identity. He then requests to return to the Juno library to retrieve his research papers. When Rin reasons that protecting him did not include being his servant and refuses, Raiyan adds that getting his papers would help them find the missing children of Morocc. That said, Rin asks the adventurer to get the papers while she stayed behind to protect Raiyan. Once he had his research papers, he then asks Rin and the adventurer to go and strengthen the four elemental crests around Morocc. Little did they know that doing so would weaken the seal on Surt.

With that done, Raiyan suggests that Rin and the adventurer investigate Thanatos Tower to find proof of Surt's existence. When they've been gone for much longer than anticipated, Raiyan figures that they must've realized his true intentions and decides to leave before they come back.

He manages to make it to the Morocc castle where his followers have already begun sacrificing the children they've captured. They didn't get far into the ritual before both Rin and Kidd show up to stop them along with members of the Assassins Guild. As a last ditch effort, Raiyan tries to sacrifice Rin to complete the ritual, but Kidd manages to save her before it was too late. With his resurrection attempt a failure, Raiyan summons demons to combat the assassins while he made his escape with the Dandelion members.[1] 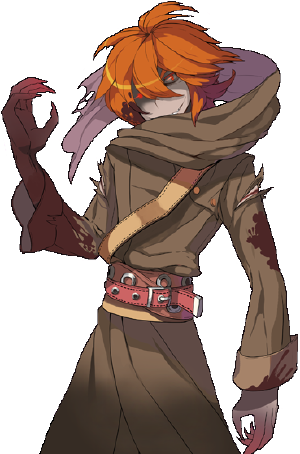 He was last seen fleeing north towards Schwarzwald, where Rin manages to track him and his followers down. There, Raiyan summons more Dandelion members to come forth and ambush the female Assassin Cross. Rin manages to put up a good fight, but she eventually succumbs to her battle wounds. Removing yet another obstacle out of his way, Raiyan proceeds to an abandoned church near the Schwarzwald Guards Camp where Dandelion members engage in a heated argument with him concerning the resurrection of Surt. The Dandelion members then decide to disassociate themselves from Raiyan, believing that continuing to go along with his plans would only end in disaster. In response, Raiyan calls them cowards and becomes possessed with madness, lashing out and killing all remaining Dandelion members. Kidd's adventurer assistant arrives in the aftermath of the attack to find Raiyan standing in a corner of the room covered in blood. Before Raiyan could attack the adventurer, Kidd arrives in time to arrest him.

Raiyan is taken to the assassin pub in Morocc when he is interrogated by none other than his pursuer Rin. It turns out that he had planned to perform a fake resurrection of Surt as an act in which Freyja would descend from the heavens to save the people of Rune-Midgarts. While researching for the performance in the Juno library, Raiyan becomes possessed with the idea of resurrecting Surt for real and begins hatching an alternate plan. Raiyan laments that he recalls everything his evil persona did, right up to him killing his own comrades with his bare hands.

After Kidd's adventurer assistant arrives with the Bloody Crystal of Darkness, Raiyan begins reverting back to his evil persona. The adventurer tries to stop him and accidentally drops the crystal in the scuffle. Upon seeing the crystal, Raiyan begins speaking in a completely different voice and uses the crystal to escape.[2] Surt then abandons him in the void of the Dimensional Gap, freeing the man from his control. Raiyan somehow comes in contact with a dimensional crack that sends him into Bifrost where he was discovered by Hisie. The Laphine takes him to Eclage and sends word to the United Midgard Alliance camp. Rin arrives in Eclage and Raiyan explains everything to them and later to Commander Hibba Agip. He eventually encounters Kidd's adventurer assistant and apologizes regretfully for all he's done to put not only Midgard in danger, but also Jotunheim and Alfheim. Although he's aided the expedition in setting up travel portals on dimensional cracks, Raiyan has a long way to go to pay for resurrecting Surt.[3]