Rangers have superior maneuverability and Trap skills compared to Hunters and Snipers. The use of camouflage and Warg-riding allows Rangers to ambush and retreat before the enemy can counterattack. Rangers can also use Detonators to explode their traps to inflict maximum damage against their foes.[1] [2]

It is unclear when or who set up the Ranger special training center for specially chosen Hunters and Snipers. It is only known that the center would likely be hidden in the dep forest or wilderness and will only reveal itself to Hunters and Snipers that are deemed as qualified.

People have come up with all sorts of speculation about the center as the rumors of its existence quickly spread. The most popular guess was that a few important people in tht government created the center to train their special forces to counter Assassins that would target international assets in case of a war.

Rangers were equipped with their trusty bows and arrows, their War Warg companions, and a plethora of traps. Though their enemies may try to block their advance and escape routes, these well-rounded marksmen prove more than capable of handling any kind of mission. They can employ guerilla tactics to camouflage themselves against enemy detection and explode their traps when enemies step on them.

At the beginning of the Continental War, Rangers were employed as scouts, infiltrators, and spies. Their accomplishments were soon known throughout the world. Even by then, no one knew who was training these Rangers, but it was obvious that the organizers were not working to protect the peace of the world. It didn't take long for an organization to be established to directly oppose the increasing number of Rangers.[3] 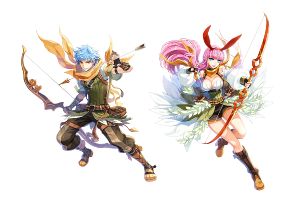 Rangers can only equip gear designated as:

Rangers can use the following weapons: 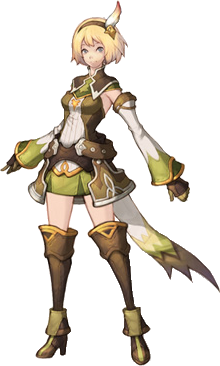 Rangers are the highest tier job for the Archer class.

Rangers can be further customized through the Master Level System.