The Rebel is Gunslinger's subsequent occupation that uses a variety of firearms and specializes in ranged attacks . Pistol, rifle, shotgun, Gatling gun, and grenade launcher; five different types of weapons, more than any class, while using a variety of skills![1][2]

The mercenary soldiers who survived the Mercenary Rebellion have been hiding their identity and living scattered here and there in Einbroch. The revolt of the past had since faded into mere memories. There, in an Einbroch basement, the survivors created a secret meeting place to exchange information. At first glance, the place seems to be an ordinary pub where clients commission requests or so the rumors say. No one have yet to confirm this and there are only speculation. However, dilettantes call them Rebel. [4][5]

Only Normans can become Rebels. 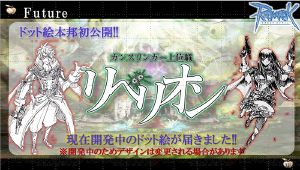 Rebels can only equip gear designated as: 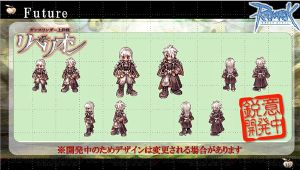 Rebels can use the following specialized weapons:

Rebels are the highest job class in this branch and cannot advance any farther.

Preview of an update project for Rebel class.