The United Midgard Alliance is an alliance of the Rune-Midgarts Kingdom, the Schwarzwald Republic, and the Arunafeltz States. Headed by Sikaiz, it was formed in order to bring the 3 countries together in a combined effort to explore and map the Ash Vacuum for the good of all of Midgard itself.

As Rune-Midgarts excels in magic, Schwarzwald in science, and Arunafeltz in wisdom, it was thought that combining the expertise of all three countries would best benefit Midgard in exploring the mysterious Ash Vacuum. However, forming an alliance among the three countries will be daunting, as each country is against the other.

Before long, Munkenro becomes the new head of the Alliance, stating that Sikaiz has retired from the position. Although foul play is suspected, not much more can be learned of Sikaiz's true status. 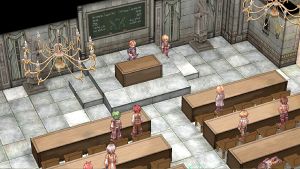 A meeting of members of the alliance.
Retrieved from "https://ragnarok.gamepedia.com/index.php?title=United_Midgard_Alliance&oldid=202332"
Category: