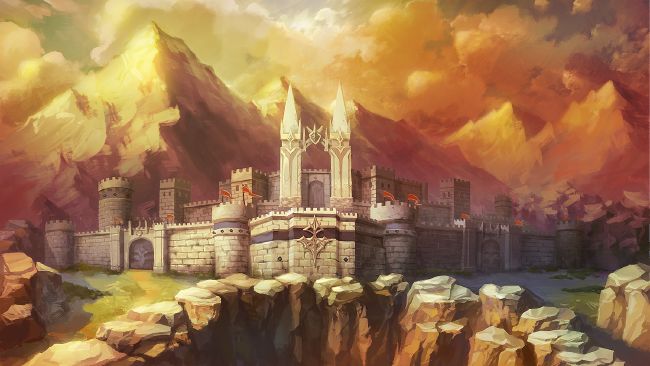 War of Emperium in Ragnarok Online II is based on Ragnarok Online's WoE2 system. RO2's WoE includes seige catapults and powerful castle guardians that are on par with that of RO's.[1]

Guilds that are with or without castles may participate in WoE. Guilds that already hold castles have the ability to immediately be warped inside of the castle while guilds that do not own any castles will be warped to the WoE battlefield.

Upon gaining ownership over a castle, the winning guild receives:

To distinguish guildmembers of one guild from those of another, guildmasters must select a style of guild robes for their guildmembers to wear for the duration of WoE. (Allows for smoother gameplay and less lag compared to loading a hundred players in their actual gear.) Guild robes, similar to guild tabards in other MMORPGs, can be changed via a Guild Manager located in Prontera. If the guildmaster does not choose a robe for his/her guild beforehand, the system will choose the robe style for that guild.[2]

In between WoE, the WoE regions will be open as a special PVP zone where players can earn Blood Points by killing other players. However, unlike Colosseum, players will lose Blood Points upon death.

RO2's WoE has been changed into a Feudal System. There will be one castle, but now there will be many fortresses located in the field and the ownership of each will be decided at the end of each WoE. Unlike the original WoE, owning the Emperium or defending it will not be the goal of winning. Being victorious or being defeated will be decided by an Occupation Score.

Every time the Castle Emperium is destroyed, the basic Occupation Score will be increased:

Even if Emperiums are being protected by a defending guild, that guild can’t win if the Occupation Score is lower than other guilds.

4 total guilds can reap rewards from WoE, meaning that four separate guilds can take ownership of the castle and three fortresses. 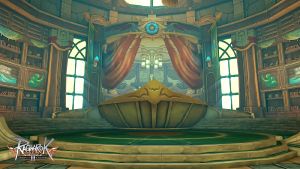 A Guild Vault in RO2.

War of Emperium Castle and Fortress owners will now have access to an exclusive Guild Vault, where guild members can enter and fight the Mimic for great rewards! Items will be dropped randomly from "Full Mimic" in the Fortress Guild Vaults or "Giant Poring" in the Castle Guild Vault. These bosses will respawn every day at a certain time.

Once a guild loses the Castle or Fortress, any remaining members inside the Guild Vault will be transported to Prontera.[4]